I have the great fortune of living in Lavon, a small but expanding upscale bedroom community near Karmiel in the Galilee.  Nestled high in the hills overlooking the Bet HaKerem valley, Lavon was formed as a secular Yishuv some twenty years ago.  There are no other Shomer Shabbos families here, and many of the founding families would like to keep it that way.  The appearance of my wife and I – the “crazy Americans” – ten months ago was greeted with some bemusement and suspicion.  People wanted to know “Eich Nafaltem le-Poh” (How did you fall into this place?), wondering why we would want to live here.  We smiled and tried our best to blend in, not make waves, greet everyone with friendliness and warmth, and hoped that we would eventually be able to make a difference.

This past week we experienced what we hope was a watershed event.  Our move to Lavon was accomplished with the help and support of Ayelet HaShachar, an organization that – among many worthy activities – helps religious families move into secular areas, with the aim of bringing people together and lessening the social barriers between religious and secular people. Rav Shlomo Raanan, founder and director of the organization, has a close relationship with the Chief Rabbi of Israel, Rav Dovid Lau Shlita.  Rabbi Lau has distinguished himself by setting the goal of bringing Jews of all types together at the center of his activities as Chief Rabbi.  Upon being informed a few weeks ago that Rav Lau will be visiting the North, and may have an hour to visit a community that would benefit from his presence, Rav Raanan offered me the privilege of bringing the Chief Rabbi to Lavon.

I approached my good neighbor and friend who chairs the Yishuv committee to help me arrange the visit of the Chief Rabbi in the Community center.   After almost two weeks, she reported that after checking with various groups within the Yishuv, the consensus had been that the majority are not only not interested in the Rav’s visit, but they are opposed to it. Therefore, the Rabbi was not welcome in the community center.

At first, I was quite disheartened at this response.  But Rav Raanan encouraged us to persevere, and we invited the community to meet with the Rav in our home instead.  While many locals remained uninterested or even opposed, we invited everyone that we knew to come and join us for an interesting hour.

Baruch Hashem, we had a splendid evening.  After my wife graciously welcomed the Rav and all of the 25-30 people who came, I remarked that some Divine help was evident in making this evening happen.   The first contact that Rav Raanan had with Lavon was about three years ago when someone had heard that Ayelet HaShachar helps various communities to build shuls where they do not exist.  Just recently, Lavon had had a series of tragedies; in particular, a  young girl had been killed in a horrific accident at the entrance to the Yishuv.  They asked Rav Raanan for help in establishing a Bet Knesset for the few families that had a traditional bent, that would perhaps bring some solace and meaning to the Yishuv.   As it turned out, unbeknownst to anyone planning the Rav’s visit, the evening of 26 Shvat was the yahrzeit of the tragic death!   It was incredibly moving that this event was now bringing exactly that sort of light to the community!

Rav Lau was warm and charming in his remarks, tailored perfectly for the secular but interested audience.  He spoke of his upbringing in Tel Aviv, and how while playing soccer he learned of the importance of inclusion; of seeing those who are not part the “in” group and seeking to make sure that everyone feels valued.   He stressed that this could be accomplished best by not speaking “about” others, but rather “to” others – seeking to find and focus on what unites us rather than what divides us. (He mentioned that this is all too rare in Israel – particularly in the hyper-political climate now preceding elections – but that this is a critically important message for us as a society).  He concluded by mentioning the famous prayer of R Elimelech of Lizhensk that “Adaraba – May You place in our hearts that we will see the virtues of our fellows and not their faults, and that we speak together pleasantly.”  We may disagree with others, and even see their faults, but we ought to strive to see the good that they have, and focus on what unites us.

In the very limited time that was left, the Rav fielded various comments and questions, including one from my dear neighbor, who had told me that he was allergic to anything religious in Israel.  While he lived in America he would occasionally attend a shul or fast on Yom Kippur.  In Israel, however, he was absolutely opposed to participating in any religious activity because of the religious coercion and nasty things that have often emanated from the religious parties.  The Rav, with much wisdom and love, encouraged him to focus on his own relationship with the Almighty and Judaism, irrespective of the negative things others might have said or done. He further assured him that he has devoted his life to bringing Jews together and minimizing that sort of friction, which is why the mission of Ayelet HaShachar is close his heart.

Rav Raanan brought the evening to a close by mentioning the terrible tragedy earlier that week, in which four Sifrei Torah were abused and desecrated in Kiryat Yovel.  In response, he presented us with a much needed Sefer Torah on long-term loan, what will be used in our community to strengthen our connection to Torah and Judaism.  (He hopes to find a home for three more Sifrei Torah in the very near future as well).

Feedback in the community was wonderful, with several community members expressing their appreciation not only for the Chief Rabbi’s visit, but letting me know how much they appreciated my being in Lavon, and their hope that we would stay in the community and help it grow for many years to come.

All in all, this was a wonderful event.  We hope that not only will it inspire our community of Lavon, but encourage other American Rabbis and knowledgeable lay people to come to one of many more communities in Israel that are waiting (whether they know it or not) for the right person to come and be a beacon of Torah and tradition with love and friendship. 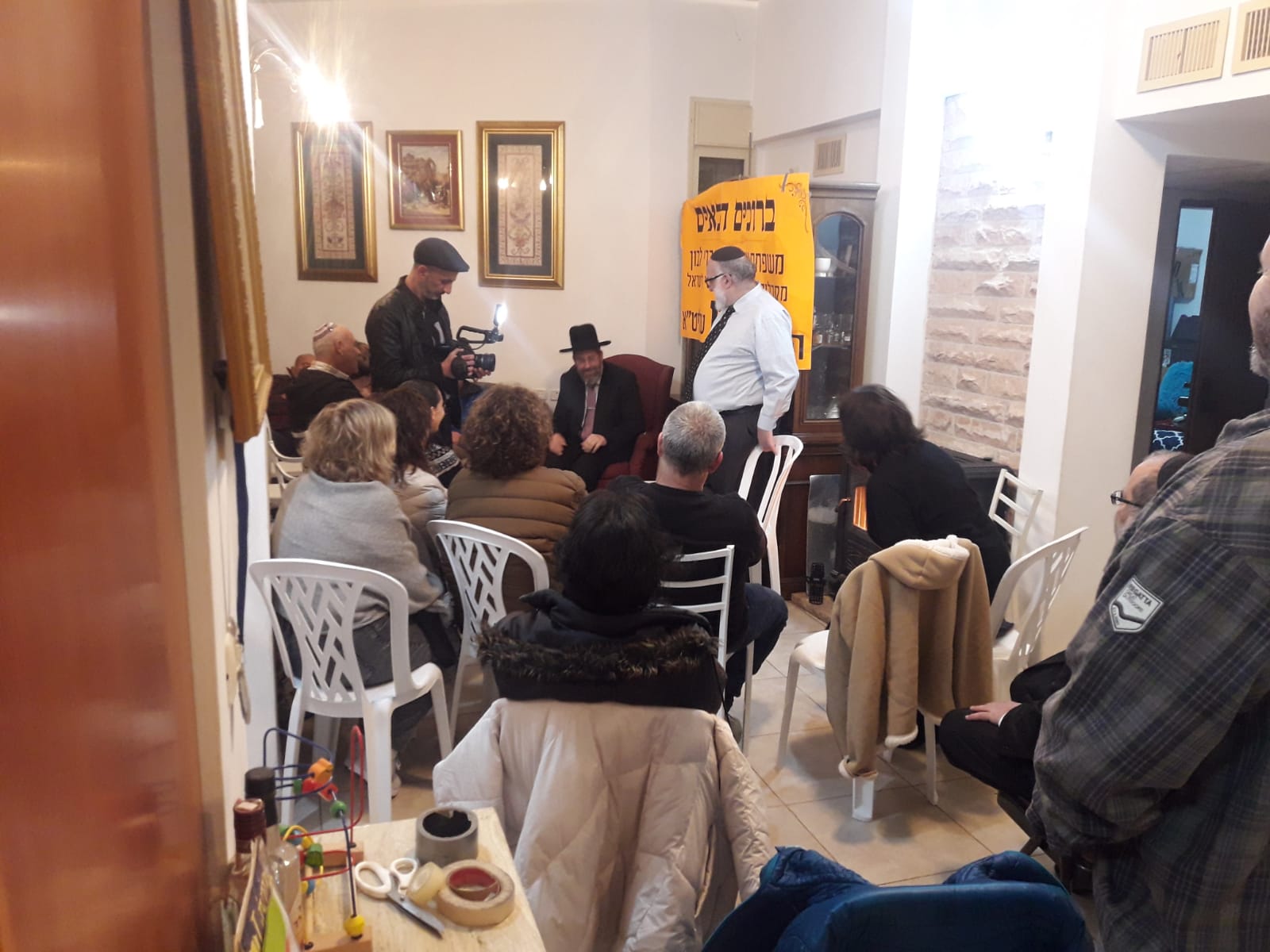 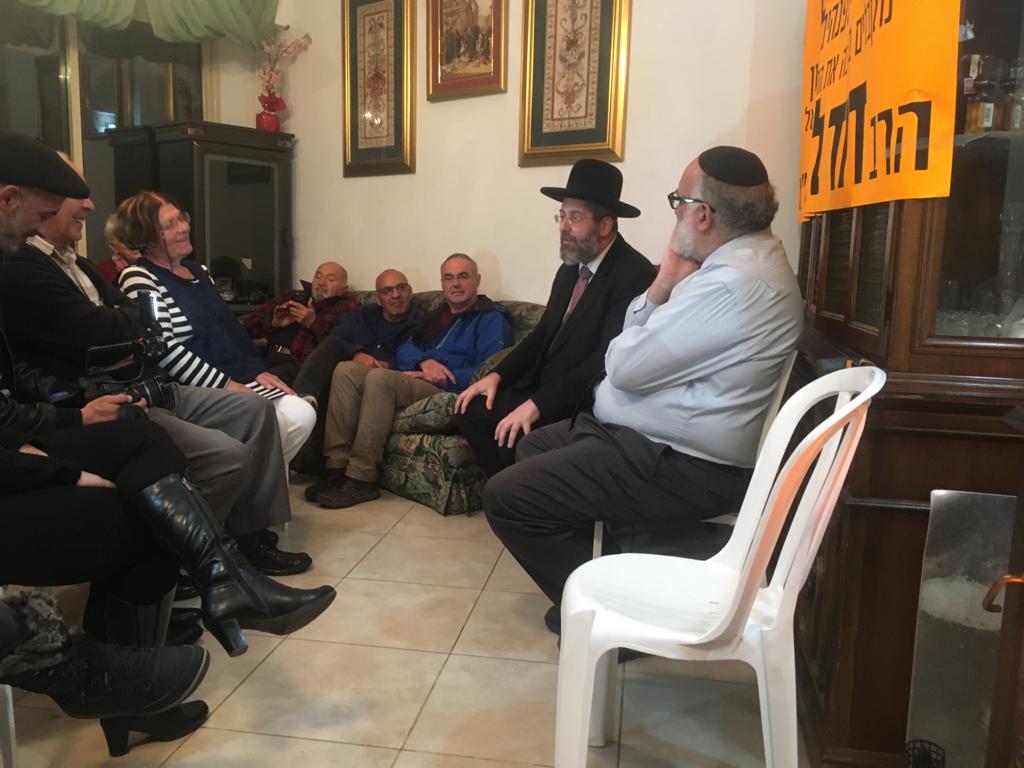